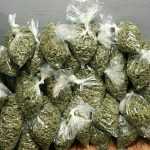 Buy weed online | Marijuana for sale in the US, Europe, and Australia

Denver City Council May Allow Cannabis Clubs to Operate Closer to Daycares Shutterstock
The Denver City Council will decide on Monday night whether to allow cannabis consumption clubs to operate closer to daycare centers and some other so-called sensitive use facilities than currently permitted. The council is expected to approve the measure after passing it 9-2 in an earlier preliminary vote.

The new ordinance could have made the difference for a cannabis club that activist and business owner Cindy Sovine had planned to open.

“As the second business applicant to apply for a social consumption permit, I went through the gauntlet of state agencies and sought approval,” said Sovine. “I was denied for being 982 feet away from a childcare center.”

Denver currently only has one lounge that permits the consumption of cannabis onsite, but Eric Escudero of the Denver Department of Excise and Licenses said that there are thousands of compliant sites under the current law and the change won’t add that many more.

“So far, the No. 1 impediment to this program’s success hasn’t been proximity restrictions from what we’ve seen because there are approximately 9,000 businesses in Denver that could apply for the license,” Escudero said.

The Coffee Joint is the only licensed cannabis consumption club currently operating in Denver. A second lounge that had been permitted to allow cannabis consumption has already closed. The city also has private clubs that permit consumption under a patron membership program that allows the businesses to operate without violating the Colorado Clean Indoor Air Act.

Study shows everyone is using Marijuana medically these days.