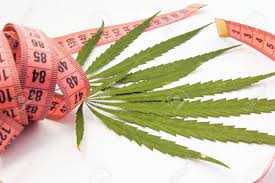 Using marijuana and losing weight might seem like a contradiction owing to the fact that marijuana is most well-known causing “the munchies”. In fact science holds that appetite increase is one of the main reasons why marijuana became medically-approved in the first place. We are all aware of the fact that eating too the brain behind weight gain.  The question thus is why would anyone ever recommend marijuana as a weight loss drug when its well known for increasing appetite? However some recent clinical studies are revealing that the reality is more complicated than it seems and that marijuana might help in weight loss. Cannabidiol, or CBD and THC are the two natural marijuana compounds that have gained a lot of popularity in the natural health world and some people believe that these two compounds can aid weight loss, but does it work?

What is in medical marijuana?Your Heading Text Here 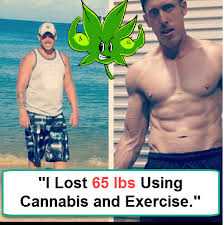 Marijuana, or cannabis at is scientifically called, contains a number of different compounds known as cannabinoids. The most famous among these is compounds it THC due to it psychoactive effect which that makes users high. But the one getting the most research for medical use is CBD whose use doesn’t seem to cause weight gain since it is not an appetite stimulant.  So user of CBD oil alone not containing THC shouldn’t have to worry about gaining weight while using it. In fact, researchers have shown that CBD can also counteract the effects of THC to balance out the hunger sensation.

But there are other cannabinoids. One in particular, THCV, may actually help you to lose weight. While THC increases appetite, THCV suppresses it. It also seems to have an effect on blood sugar regulation. Finding a strain with a higher amount of THCV could be the key to finding a strain that keeps your appetite down. 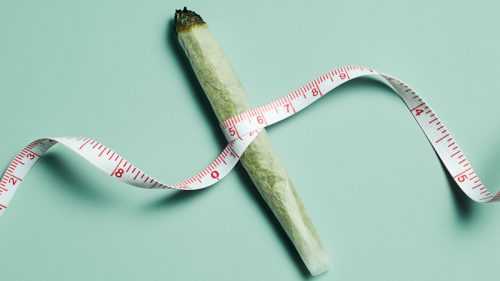 Some people are addicted to taking THC-heavy strains to function. Does this lead to obesity? One clinical study was conducted in obese mice and results showed a paradoxical effect for using THC that may make the munchies activated by THC not as bad as it seems. In 2015 a research treated obese mice with THC for four weeks and to the greatest surprise of many, the heavier mice lost weight. But note should be taken that the THC was administered in a different way.

The most coming way of marijuana ingestion by humans is usually by inhaling marijuana, like through a vape pen. But rather these mice were administered THC orally. The researchers discovered that ingesting THC changed the gut flora of the mice making it to lost weight. The intestinal microbiome in human has become  a topic of intense research by scientists due to the fact that  it seems to control so many things about human  behaviour and its bodily functions.

As such research has proven that long-term users of marijuana, despite the munchies phenomenon, do have a lower rate of obesity than non-smokers and equally exhibit a lower rate of metabolic syndrome ( a set of symptoms that pushes people toward obesity, diabetes, and other health problems triggered by weight gain.) 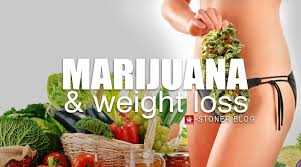 The human body has a built-in endocannabinoid system which responds to different compounds in the body through two cannabinoid (CB) receptors, known as the CB1 and CB2 receptors. CB1 receptors usually exist mainly in the brain and central nervous system and are almost nonexistent in the rest of the body while CB2 receptors, on the other hand, exist in the whole body.

CB1 receptors become more widespread in people suffering with obesity, especially in fatty tissue and researchers believe that there may be a link between the activation of the CB1 receptors and obesity. However CBD does not activate the CB receptors directly, it instead influences the body’s natural cannabinoids to either block off or activate the receptors thus playing a role in weight loss or other critical metabolic functions.

We are in a golden time for marijuana research, but more study is still needed to see which combinations of cannabinoids will be the most effective for weight loss and obesity. But if you live in a state where the use of marijuana is legalised, it is advisable to talk with your doctor and dispensary on experimenting with high THCV or heavy CBD strains for your weight loss goals. Equally avoid cannabis strains with high THC because they increase appetite, or if strains with high THC contents must be taken, the appetite increase should be counteracted with CBD drops.

What to know about medical marijuana and multiple sclerosis

Cannabidiol as an Adjunctive Treatment for Schizophrenia

Study shows everyone is using Marijuana medically these days.

If you have PTSD and Insomnia, Can Cannabis help?