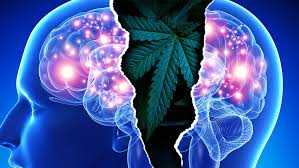 Recent clinical test have linked marijuana use to the development of schizophrenia and psychosis in persons that already have a susceptibility of developing psychiatric disorders. However it remains unknown to many people that CBD, the second most well-known cannabinoid in marijuana, is a very potent antipsychotic. Clinical studies suggest that   CBD is a potent antipsychotic as one of the most used traditional medicines in the treatment of schizophrenia known as amisulpride and equally that CBD has less negative side-effects than amisulpride. This article looks at how this marijuana chemical 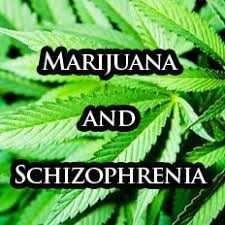 Schizophrenia is a chronic brain disorder that affecting less than one percent of the U.S. population according to statistics. It consists of delusions, hallucinations, trouble with thinking and concentration, and lack of motivation in the body system. However the lack of treatment for most symptoms of schizophrenia and .Psychotic disorders and its debilitating condition contribute substantially to the global burden of disease. Some common symptoms of this disease  fall into several categories and include: Positive psychotic symptoms which consist of  Hallucinations, such as hearing voices, paranoid delusions and exaggerated or distorted perceptions, beliefs and behaviors, Negative symptoms such as  loss or a decrease in the ability to initiate plans, speak, express emotion or find pleasure, Disorganization symptoms consisting of confused and disordered thinking and speech, trouble with logical thinking and sometimes bizarre behavior or abnormal movements and Impaired cognition which consist of Problems with attention, concentration, memory and declining educational performance. Researchers suggest that CBD a chemical compound extracted from marijuana can be used to treat this disease.

What is medical marijuana? 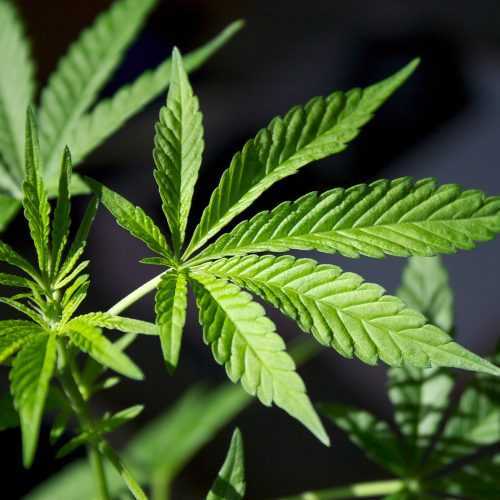 Marijuana is a complex plant with more than 100 types of cannabinoids imbedded in it . It has two main compounds: the  psychoactive compound  known as  δ-9-tetrahydrocannabinol (THC), which activates cannabinoid receptors to produce its “feeling high” effects and another compound known as  Cannabidiol (CBD) which has equally  attracted growing attention recently due to the fact that it does not bind to cannabinoid receptors and has shown different, sometimes counteractive, effects.

It should be noted that   a substantial and ever growing body of evidence links THC  to an increased risk of psychosis (Gage, Hickman, & Zammit, 2016), and clinical  evidence  equally exist linking THC  with depression and other psychiatric related  conditions. Cannabidiol (CBD)  on the other hand is most usd medicinal compound of marijuana and is a ‘non-intoxicating’ cannabinoid, and in contrast to THC and scientific researchers suggest  it is  potentially beneficial for psychosis ( according to Zuardi et al. 2012; Fakhoury 2016), as well as other illnesses such as  anxiety, depression, sleep disorders (Rong et al. 2017), not leaving out  psychiatric conditions (Lim, See, & Lee 2017).

Clinical studies on marijuana and Schizophrenia 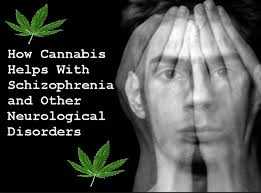 A group of American scientists conducted a study on people with psychosis and it was revealed that patients treated with CBD had lower levels of psychotic symptoms than those who received a placebo. Psychosis is characterized by paranoia and hallucinations. The study equally revealed that the patients who were administered CBD were also more likely to be rated as “improved” by their psychiatrist and there were signs of better cognitive performance and functioning in their systems..

Another group of scientists conducted another clinical trial on people with psychosis and it was discovered that patients treated with CBD had exhibit lower levels of psychotic symptoms than those who were administered a placebo. A clinical survey was carried out on 88 patients with psychosis who were administered either CBD or placebo for six weeks, together with their existing conventional antipsychotic medication. Beforehand and after the research, the scientists assessed symptoms, functioning and cognitive performance, and the patients’ psychiatrists rated their overall condition overall. The research suggested that  that CBD may be effective in psychosis as  patients administered  CBD showed a significant reduction in symptoms, and their treating psychiatrists rated them as having improved overall according to  Philip McGuire, who co-led the trial. It was also noted that patients who ingested marijuana also reported few adverse side effects.

Although it is still unclear exactly how CBD works, it has been revealed that it acts in a different way to antipsychotic medication clinical studies suggest it could represent a new class of treatment for Schizophrenia. Notwithstanding, deep research is still necessary to assess and establish the true benefits and disadvantages of administering CBD as a potential therapy for people with Schizophrenia. CBD is however a natural treatment with fewer side effects, but it is not the only option for the treatment of Schizophrenia, and just like other chemical compounds, its reactivity might not be good for everyone.  So is advisable to consult a doctor before choosing CBD as an option for the treatment of Schizophrenia.

Can marijuana help in the treatment of skin infections?

Can Cannabis affect fertility? If you want to conceive, read this.