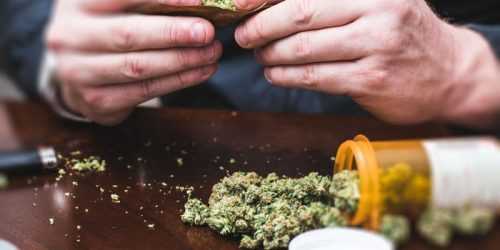 Recreational customers often end up using cannabis for pain and insomnia. The consumers who used cannabis for pain relief often said they were able to reduce their use of other medications because of the cannabis.

Marcus Bachhuber of the Albert Einstein College of Medicine in New York let a research team that surveyed 1,000 customers in two Colorado retail stores between August 2016 and October 2016. Customers were asked their age, gender, health status, and their cannabis use.

Of those who responded, 65% said they used cannabis to relieve pain, and 74% reported using cannabis to promote sleep.

Most consumers who used cannabis for pain relief often said they were able to reduce their use of other medications because of the cannabis.
Many reported that cannabis helped them reduce or stop taking other medications.

The study has a number of limitations. It’s a voluntary survey completed by a limited number of self-selected cannabis store customers in Colorado. Most of the respondents (90%) were under age 50. Two-thirds identified as white and non-Hispanic, and 42% were women. More than half (54%) described themselves as having excellent or very good health.

“In summary,” Bachhuber and his co-authors wrote, “we found that de facto medical cannabis use is common among adult use customers at a cannabis dispensary.”

Whether you use marijuana for recreational or medically, always make sure you buy weed online from a reputable company. Our online dispensary has the best product carefully handle for medical and recreational use. Fresh Edibles, potent Concentrates, vaporizers, cannabis oi and cartridges. Mail order online.

What is Chronic Pain?

Best Ways to Enjoy Cannabis Without Having to Smoke It